Preptober: What Makes a BIG BOOK? 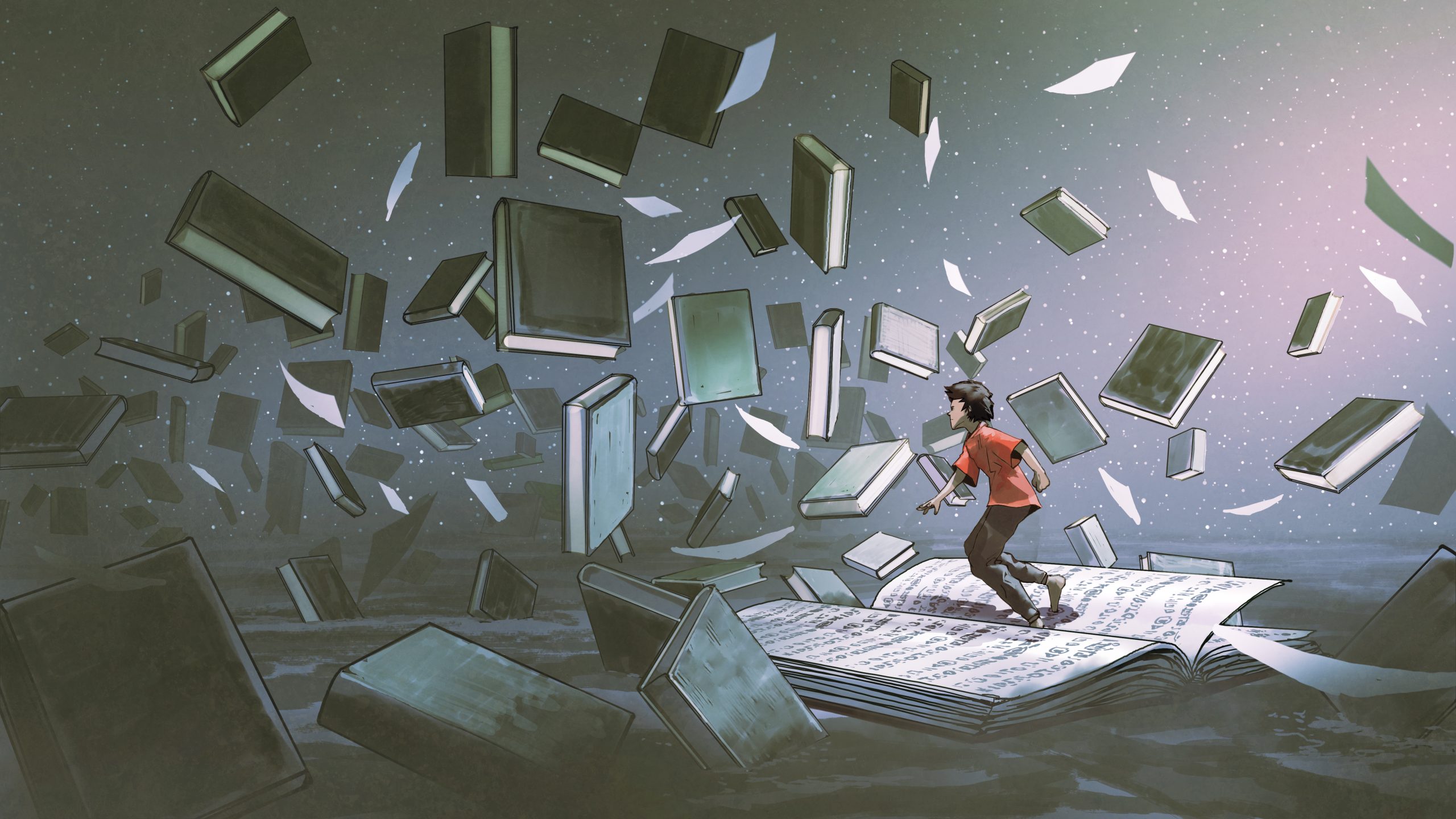 Since fall hit, I am pining for the in-person writing conferences, where on top of every other wonderful thing about writing conferences, every single conversation is just a gold mine in writing and marketing information. For this post I’m specifically thinking of a panel I did BC (Before Covid) at some RWA National Conference, on The High Concept Premise.

But wait. If that very phrase wants to make you curl up in fetal position, I have an alternate post for you today!! Because maybe it’s more important right now for you to be gentle with yourself and feel your way back to loving writing again. This one’s for you: On Writers Not Writing.

For those of you still here:

On this panel I’m talking about, we analyzed High Concept in books and movies, and the even more elusive concept of the Big Book. I was interested to hear that one of the editor panelists had polled a number of other editors to ask them how they would define a Big Book. She reported that while everyone said that the Big Book is the one that everyone is always looking for (well, obviously!) —no one could give her a specific answer about what exactly it is. Or even try.

A Big Book is the one all the editors get excited about because they think they can make a ton of money with it.

But what IS that?

I’m used to people being vague about what High Concept is. And yes, it’s an “I know it when I see it” kind of thing – the story idea that is so good that it is painfully obvious, only no one else has thought of it until now. And as my editor friend and I were talking, I realized that a Big Book is slightly different from a High Concept book.

They are NOT necessarily interchangeable terms, which is going to make this blog post even more confusing.

Let’s start with High Concept. This is a Hollywood term. And very often, it IS what editors mean when they talk about a Big Book. If you can tell your story in one line and everyone who hears it can see exactly what the movie or book is – AND a majority of people who hear it will want to see it or read it – that’s high concept.

Here’s another way of looking at it: the potential of the setup is obvious. A movie like MEET THE PARENTS instantly conjures all kinds of comic disaster scenarios, right? Because we’ve all (mostly) been in the situation before, and we know the extreme perils. I would also add, not as an afterthought – with a high-concept premise, the moneymaking potential is obvious. I would also add, because MEET THE PARENTS is a good example of this, that you know what the movie is from the title alone. (In fact, many movie ideas are sold on the title alone.)

Here’s another indicator. When you get the reaction: “Wow, I wish I’d thought of that!” or even better, “I’m going to have to kill you…” – you’ve got a high-concept premise.

But okay, let’s break it down, specifically. What makes stories high concept?

One or more of these things:

– They’re topical – they hit a nerve in society at the right time: GET OUT for institutional racism and betrayal by white allies;  CONTAGION for the threat of a, um, pandemic;  HOST – the clever first Zoom/pandemic horror movie; BOMBSHELL for sexual harassment; JURASSIC PARK for cloning; YOU’VE GOT MAIL for online infidelity—I mean, meeting the love of your life online.

– They are about a subject that we all have in our heads already (JURASSIC PARK, PIRATES OF THE CARIBBEAN, THE DA VINCI CODE, FOUR CHRISTMASES,)

– They exploit a primal fear (THE WALKING DEAD, JAWS, JURASSIC PARK) or a spiritual fear (THE EXORCIST, HEREDITY, PARANORMAL ACTIVITY).

– They are about a situation that we all (or almost all) have experienced (BRIDESMAIDS, THE HANGOVER, FOUR WEDDINGS AND A FUNERAL, MEET THE PARENTS, BLIND DATE, FOUR CHRISTMASES).

– Back in the days of real workplaces and theatrical releases, they generated water-cooler talk (FATAL ATTRACTION, INDECENT PROPOSAL)

– They have a big twist (GONE GIRL, THE USUAL SUSPECTS, THE SIXTH SENSE, THE CRYING GAME). And not necessarily a twist at the end – the twist can be in the Premise. The classic romantic comedy SLEEPLESS IN SEATTLE is about two people falling in love – even though they’ve never actually met.

– They are about a famous person or event (or possible event): LINCOLN, SELMA, TITANIC, GALLIPOLI, APOLLO 13, ARMAGEDDON, ROSWELL, 2012

There’s also just the “Cool!!!” factor. RAIDERS OF THE LOST ARK revolves around a real historical artifact that supposedly had the supernatural power to make any army undefeatable. So—what if occult-obsessed Hitler got hold of it?

Let’s take a closer look at a few high-concept ideas.

Michael Crichton was unparalleled at high concept, no better example than JURASSIC PARK: Such a gonzo concept that it spawned – how many movies by now?

You know the premise.

A group of scientists and the children of an inventor tour a remote island where the inventor has cloned dinosaurs to create a Jurassic amusement park – then have to fight for their lives when the dinosaur containment system breaks down.

What kid has not had that obsession with dinosaurs? And who of us has not had the thought of how terrifying it would be to be face to face with one of those things – live? Throw in the still very topical subject of cloning (they get dinosaur DNA from a prehistoric fly trapped in amber) and the promise of amusement-park thrills, and who ISN’T going to read that book and/or see that movie?

Plus, there’s the potential for an amusement park ride. I’m not kidding. What made STAR WARS one of the biggest moneymaking franchises of all time, from the very first movie? Action figures. Light sabers. Wookie costumes. Do you think for one single second that Hollywood is not thinking of these things all the time?

HARRY POTTER: A boarding school for kid wizards? You don’t even have to say any more about it. What kid DOESN’T think that they’re a crown prince/ss wizard or witch trapped in a Muggle family? Also, see “amusement park ride” and “action figures”. Cereal, candy, Halloween costumes… do you remember the EAT PRAY LOVE clothing line, wines, and storage containers at Cost Plus? And how many billions are being made almost every day from Marvel products marketed to kids (and too many grown men?) I’m just saying…

For an example in another genre, think way back to one of the biggest grossing romantic suspense movies of all time: FATAL ATTRACTION – A happily married man has a one-night stand and then his family is stalked by the woman he hooked up with.

INDECENT PROPOSAL – A young, broke couple on vacation in Vegas are offered a million dollars by a wealthy man for one night with the wife. NOT a great movie, but a great example of the “What would YOU do?” premise. It’s a question that generated all kinds of what the media used to call “water cooler discussion”, and made it a must-see movie at the time. Would you have sex with a stranger for a million dollars? Would you let someone you love do it? Oh, boy, did people talk about it!

Are you starting to get the hang of it? But with movies, the high concept premise has a couple of incredibly practical considerations. It suggests a built-in marketing campaign – and it is such a good idea that you could shoot it on a low budget and still have a movie that people would go see. That doesn’t mean anyone’s GOING to shoot it on a low budget, because we are after all talking about Hollywood. But you COULD shoot it on a low budget. It is the idea that is golden. (Think of HOST, PARANORMAL ACTIVITY, BLAIR WITCH PROJECT, OPEN WATER, THE LAST EXORCISM – all low or ultra-low budget movies that made mints because the ideas were so compelling and the movies were well enough done to sustain the idea).

A Big Book, however, is almost the opposite. It’s Big. Epic. The HARRY POTTER series, THE HUNGER GAMES, THE PASSAGE, DA VINCI CODE– these all scream big budget. Huge setpiece scenes, international or otherworld locations, huge casts. They have been or all will be made into movies because they are bestsellers and also incredibly cinematic (not to mention in a few cases great books) but without that bestseller thing they are concepts that would give any studio head pause, because of the budget considerations.

But in a book, we have no budget constraints. We can do the international scope and build a whole other world. And once that book has proven itself in the book world, Hollywood is more than glad to sweep it up for film or TV production.

So what can we do to start generating more high concept/Big Book ideas for ourselves?

One of the best classes I ever took on screenwriting was SOLELY on premise. Every week we had to come up with three loglines for movie ideas and stand up and read them aloud to the class. We each put a dollar into a pot and the class voted on the best premise of the night, and the winner got the pot. It was highly motivating – I made my first “screenwriting” money that way and I learned worlds about what a premise should be.

Whether you’re a screenwriter or novelist I highly recommend you try the same exercise – make yourself come up with three story ideas a week, and try to make some of them high concept, or Big Books. You’ll be training yourself to think in terms of big story ideas. You don’t have to sell out. I’m always telling exactly the stories I want to tell, about the people I want to write about.

And a book DOES NOT have to be high concept or a big book to be a good book, a salable book, or a successful book. I don’t want to freak anyone out! But there’s no reason not to think in more universal terms and be open to subject matter, locations, themes, topics, that might strike a chord in a bigger audience. And the reality is, agents and editors and publishers are always looking for books that have those unique, universal, high-concept premises, and the attendant potential for a TV or movie sale.

Open your mind to the possibility of high concept, and see what happens. You may surprise yourself. You may even find that there’s a high concept in your book idea that’s struggling to come out.

So I’m really interested in hearing: What are some books that YOU consider Big Books? What about High Concept – books or movies?