Preptober: Three Things You MUST Know About Your Story 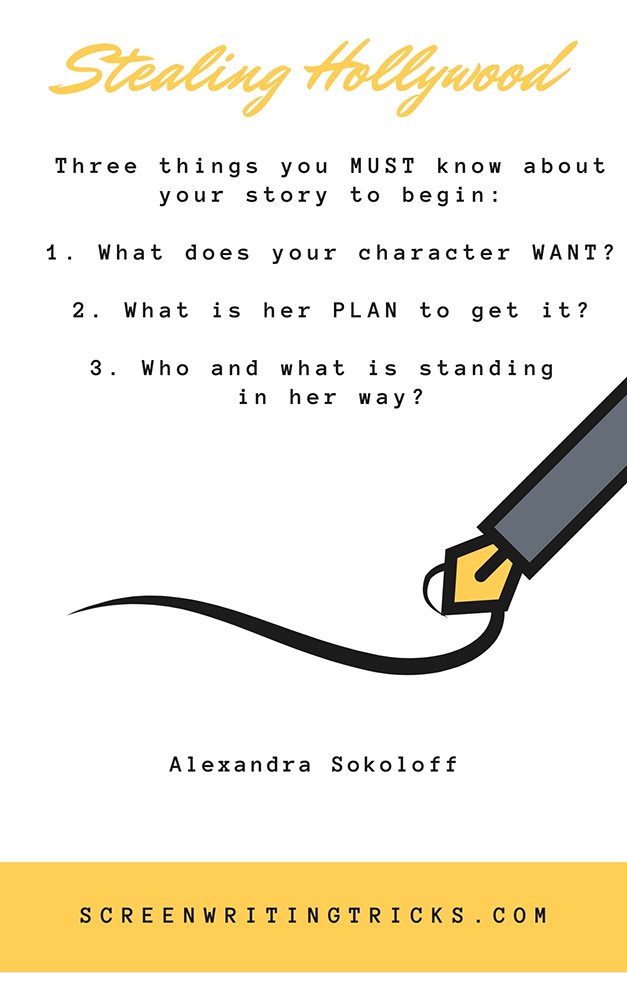 Aaah, Fall! Doesn’t it just make you want to—write a book or something? Well, let’s do it! Here are three absolutely essential questions that will help crystallize what you’re writing:

You’d be surprised how many people come to my workshops (some with half-completed books!) who can’t answer those essential questions.

So let’s talk about PLAN. In most cases, understanding your hero/ine’s plan will quickly focus what might be a very amorphous idea and save you endless rewriting (or giving up completely). That PLAN really is the key to the drive of your story.

You always hear that “Drama is conflict,” but when you think about it—what the hell does that mean, practically?

It’s actually much more true, and specific, to say that drama is the constant clashing of a hero/ine’s PLAN and an antagonist’s, or several antagonists’ PLANS.

In the first act of a story, the main character is introduced, and that character either has or quickly develops a DESIRE, usually triggered by the INCITING INCIDENT (CALL TO ADVENTURE). They might have a PROBLEM that needs to be solved, or someone or something they WANT, or a bad situation that they need to get out of, pronto.

Their reaction to that problem or situation is to formulate a PLAN, even if that plan is vague or even completely subconscious. But somewhere in there, there is a plan, and storytelling is usually easier if you have the main character or someone else (maybe you, the author!) state that plan clearly, so the audience or reader knows exactly what the expectation is.

And the protagonist’s plan (and the corresponding plan of the antagonist’s) actually drives the entire action of the second act. Stating the plan tells us what the ACTION of the story will be.

So it’s critical to set up the plan by the end of Act One, or at the very beginning of Act Two, at the latest. Otherwise, you will leave your reader/audience floundering, and they’re likely to bail on you.

Let’s look at some examples of how plans work. 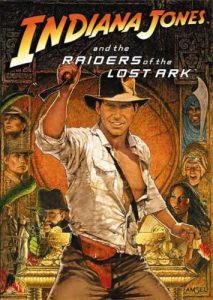 At the end of the first sequence of Raiders of the Lost Ark (which is arguably two sequences in itself, first the action sequence in the cave in South America, then the university sequence back in the US), Indy has just finished teaching his archeology class when his mentor, Marcus, comes to meet him with a couple of government agents who have a job for him (CALL TO ADVENTURE). The agents explain that Hitler has become obsessed with collecting occult artifacts from all over the world, and is currently trying to find the legendary Lost Ark of the Covenant, which is rumored to make any army in possession of it invincible in battle.

So there’s the MACGUFFIN, the object that everyone wants, and the STAKES: if Hitler’s minions (THE ANTAGONISTS) get this Ark before Indy does, the Nazi army will be invincible (STAKES).

And then Indy explains his PLAN to find the Ark: his old mentor, Abner Ravenwood, was an expert on the Ark and had an ancient Egyptian medallion on which was inscribed the instructions for using the medallion to find the hidden location of the Ark.

So after hearing the plan, we understand the entire overall ACTION of the story:

Indy is going to find Abner (his mentor) to get the medallion, then use the medallion to find the Ark— before Hitler’s minions can get it.

And even though there are lots of twists along the way (the first being that Abner is dead!), that’s really it: the basic action of the story.

Generally, PLAN and STORY ACTION are really the same thing – the Main Action of the story is carrying out the specific Plan. And the CENTRAL STORY QUESTION can be generally stated as – “Will the Plan to ———  succeed?”

Again, the PLAN, CENTRAL QUESTION and CENTRAL STORY ACTION are almost always set up – and spelled out – by the end of the first act, although the specifics of the Plan may be spelled out right after the Act I Climax at the very beginning of Act II.

Can it be later? Well, anything’s possible, but the sooner a reader or audience understands the overall thrust of the story action, the sooner they can relax and let the story take them where it’s going to go. So much of storytelling is about you, the author, reassuring your reader or audience that you know what you’re doing, so they can sit back and let you drive.

Try taking a favorite movie or book (or two or three) and identifying the PLAN, STORY ACTION and STORY QUESTION of them in a few sentences. Like this:

– In Sense and Sensibility, the PLAN is for Marianne and Elinor to secure the family’s fortune and their own happiness by marrying well. (How are they going to do that? By the period’s equivalent of dating – which is the  ACTION. Yes, dating is a PLAN! The QUESTION is: Will the sisters succeed in marrying well?)

– In The Proposal, Margaret’s PLAN is to learn enough about Andrew over the four-day weekend with his family to pass the INS marriage test so she won’t be deported. (The ACTION is going to Alaska to meet Andrew’s family and pretending to be married while they learn enough about each other to pass the test. The QUESTION is: Will they be able to successfully fake the marriage?

Now, try it with your own story!

For example—and since it’s almost Halloween!— in my spooky thriller, Book of Shadows, here’s the Act One set up: the protagonist, homicide detective Adam Garrett, is called on to investigate the murder of a college girl, a crime which looks like a Satanic killing. Garrett and his partner make a quick arrest of a classmate of the girl’s, a troubled Goth musician. But Garrett is not convinced of the boy’s guilt, and when a practicing witch from nearby Salem insists the boy is innocent and there have been other murders, Garrett is compelled to investigate further.

So Garrett’s PLAN and the CENTRAL ACTION of the story is to use the witch and her specialized knowledge of magical practices to investigate the murder on his own, all the while knowing that she is using him for her own purposes and may well be involved in the killing.

The QUESTION is: will they catch the killer before s/he kills again – and/or kills Garrett (if the witch turns out to be the killer)?

It’s important to note that the Plan and Central Action of the story are not always driven by the protagonist. Usually, yes. But in The Matrix, it’s Neo’s mentor Morpheus who has the overall PLAN, which drives the central action right up until the end of the second act. The Plan is to recruit and train Neo, whom Morpheus believes is “The One” prophesied to destroy the Matrix. So that’s the action we see unfolding: Morpheus recruiting, deprogramming and training Neo, who is admittedly very cute, but essentially just following Morpheus’s orders for two thirds of the movie.

Does this weaken the structure of that film? Not at all. Morpheus drives the action until that crucial point, the Act Two Climax, when he is abducted by the agents of the Matrix, at which point Neo steps into his greatness and becomes “The One” by taking over the action and making a new plan: to rescue Morpheus by sacrificing himself.

It is a terrific way to show a huge character arc: Neo stepping into his destiny. And I would add that this is a common structural pattern for mythic journey stories – in Lord of the Rings, it’s Gandalf who has the PLAN and drives the reluctant Frodo in the central story action until Frodo finally takes over the action himself.

Here’s another example. In the very funny romantic comedy It’s Complicated, Meryl Streep’s character Jane is the protagonist, but she doesn’t drive the action or have any particular plan of her own. It’s her ex-husband Jake (Alec Baldwin), who seduces her and at the end of the first act, proposes (in an extremely persuasive speech) that they continue this affair as a perfect solution to both their love troubles – it will fulfill their sexual and intimacy needs without disrupting the rest of their lives.

Jane decides at that point to go along with Jake’s plan (saying, “I forgot what a good lawyer you are”). In terms of action, she is essentially passive, letting the two men in her life court her (which results in bigger and bigger comic entanglements), but that makes for a more pronounced and satisfying character arc when she finally takes a stand and breaks off the affair with Jake for good, so she can finally move on with her life.

I would venture to guess that most of us know what it’s like to be swept up in a ripping good love entanglement, and can sympathize with Jane’s desire just to go with the passion of it without having to make any pesky practical decisions. It’s a perfectly fine – and natural – structure for a romantic comedy, as long as at that key juncture, the protagonist has the realization and balls—or ovaries—to take control of her own life again and make a stand for what she truly wants.

I give you these last two examples – hopefully – to show how helpful it can be to study the specific structure of stories that are similar to your own. As you can see from the above, the general writing rule that the protagonist drives the action may not apply to what you’re writing – and you might want to make a different choice that will better serve your own story. And that goes for any general writing rule.