What sells a book to TV / the movies? Case study: SLOW HORSES 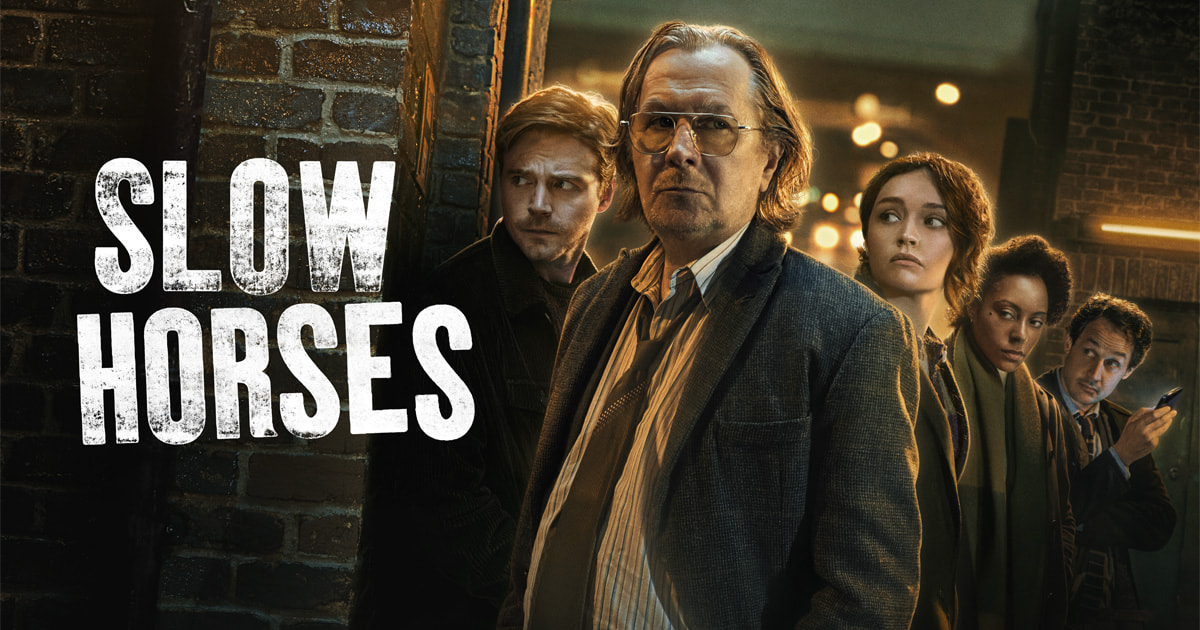 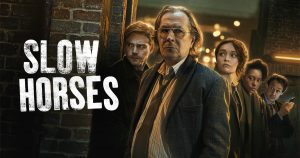 The answer is— a million things. But very, very often, the first person to say yes to a book and pass it up the line for studio consideration is the reader, or story analyst. After college, before I sold my first film script, I worked as a reader for a mini-major (film and TV studio). My job was to read books, scripts & news/magazine articles, find the ones my producer bosses would or should be interested in, and write up coverage: a kind of book report telling them why. (Great job—no one told me at nine that I could get paid for reading! Also priceless for learning the business and what I needed to know as a writer to sell my own work.)

Once in a while, not often at all, there would be a book or script that gave me a really specific adrenaline rush. That would make me reach for the phone to tell my bosses, You need to look at this NOW.

Because if it was a weekend read, they would have to offer immediately on the book or script, or risk losing out to another studio.

Once in a while, not often at all, I still get that same adrenaline rush as I’m reading a book. And it’s always really early in the book that you know: This would make a great movie. Or series.

Well, that’s something that’s useful for writers to know, right?

So here’s a perfect example. I was reading Mick Herron’s SLOW HORSES in preparation for a panel I’m on at Left Coast Crime in Albuquerque at the beginning of April (New Mexico! Books! Live people!!!). The TV adaptation of SLOW HORSES premieres this week, too.

It’s a spy thriller, not my genre (although I’ve read all of Fleming and most of Le Carre). But I knew it was going to be good from the first scene. Action scenes don’t usually do much for me, even one as well-written and high stakes as the first scene of SLOW HORSES, but it got me by using a great suspense trick: It leaves the reader with an unanswered question. Midway through the scene we know that someone in the scene has monumentally, tragically f***cked up—but we don’t know at the end of the scene if it was the POV character or one of the guys he’s working with who made the error.

So it kept me reading. But that wasn’t the “reach for the phone and alert the bosses” moment. That came on page 16 of my Kindle edition. The first chapter of the book establishes Slough House, the office where the operative who may or may not have f***cked up so horribly in the prologue has been reassigned, and it is brilliantly described with this sentence:

An administrative oubliette where, alongside a pre-digital overflow of paperwork, a post-useful crew of misfits can be stored and left to gather dust.

A post-useful crew of misfit spies thrown together in banishment to a rundown office as punishment for massive f***ups. What a classic setup! You know exactly, deliciously what’s going to happen. You will meet a team of people who have all f***ed up in some colossal way (which we will see in detail), who are desperately in need of redemption (redemption stories being as belovedly classic a pattern as “team of misfits” stories), and who of course hate each other. You know something is going to happen (the INCITING EVENT), some potential catastrophe that the shiny favored professional spies the misfits have been exiled from are unaware of, or don’t believe in, or for some reason not capable of solving or preventing; and we will see this team of misfits band together and solve and prevent the catastrophe, chafing and snarling at each other along the way, but ultimately, satisfyingly, pulling together to save the day.

It’s tried and true, but interestingly novel in the idea of “Slow horses”— spies who have fallen off their game. You know what’s coming, but not how, you know the author is skilled enough to deliver, and you settle happily in to enjoy the ride.

For me, it recalls that electrifying scene in Episode 3 of THE WIRE, when the so far practically non-verbal Lester Freamon/Clarke Peters finally gets involved and comes up with an important clue, and you realize he’s the smartest guy in the room and the missing piece to pull these motley cop characters into a team.

Now, there are probably a lot of readers who read right over that “post-useful crew of misfits” line without even noticing it, much less having the electric reaction it gave me. But—and this is important—while this sentence is a particularly elegant statement of the book’s LOGLINE or PREMISE, it’s not the only time during the setup chapters that the author tells uswhat the story is going to be about. I’m always telling the writers I teach that you have to spell it out, and more than once,because not everyone is going to be reading every word. Saying it more than once, in different ways, ensures that your reader or audience understands the set up. If they don’t know what the story is going to be about, they will get restless and agitated and likely bail on the story.

The book is also extremely castable— we meet the misfits in the first chapter, the characters are varied, quirky enough—and since each one is in need of redemption, they all come with a built-in CHARACTER ARC (which actors are always looking for, another huge selling point of the book).

Another hook is the relatability—the really uncomfortable idea of “there but for the grace of God go I.”  One chance screw up that could happen to really anyone, in all these cases has catastrophic, career-destroying consequences.

Back in my days as a reader, I would not just have recommended SLOW HORSES – I would confidently have pushed it as a must-read, must-offer, by page 16. Because I didn’t have to read any further to know that there was an engaging, commercial movie and more than that, a potential series there (whether or not the writer had pulled it off. Even if Mick hadn’t pulled it off as superbly as he does, someone would still be able to take that promising idea and run with it).

So, writers who are hoping to sell to TV/film— do you make a practice of this? Do you take books that have sold and read the first few chapters looking specifically for the moments that give you that adrenaline surge of knowing: This would make a great movie/show?

And readers, are you consciously aware of that moment that makes you drop everything to keep reading?

Do you see how making a practice of paying attention to what the hook is in the those first few chapters is going o up your writing game and give you a far greater chance of selling, to readers, publishers and to film and TV?

As a former reader I can tell you- it needs to be in the first few chapters.

Do your own first chapters do it?